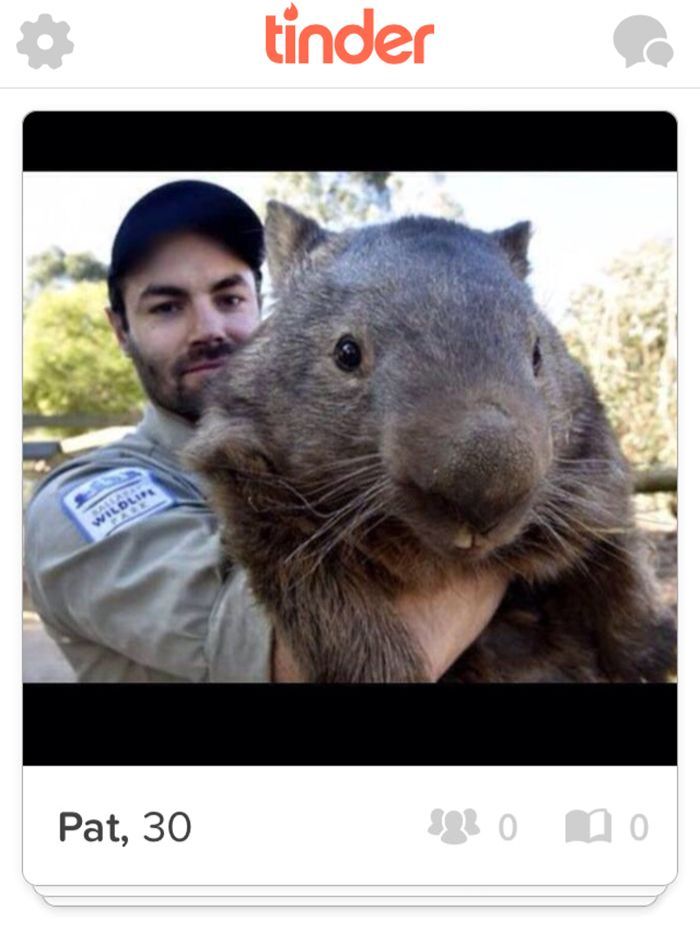 Most wombats only live to about 15, so Patrick is up there in wombat years. But his handlers at the Ballarat Wildlife Park think it’s about time he settles down. Apparently Patrick is shy, so the Park thought this would be a good way to really get his name out there. “The male wombat has to be very aggressive towards the female, and Patrick just isn’t a very aggressive wombat,” said the park’s owner, Julia Leonard. “So he chooses to be single.”

To celebrate his 30th, the park is also throwing him a birthday party, where, Leonard says, “He’ll get a bit of attention, get some carrots and grass and hopefully lap up the day.”​ Leonard also adds that maybe Patrick will have some luck with “potential Tinderellas.”

When you’ve got genes that good though, you don’t need luck.