Just in case you somehow missed it, Kensington Palace announced yesterday that the Duke and Duchess of Cambridge have named their little girl Princess Charlotte Elizabeth Diana. While the name of course fits with royal protocol, there are also plenty of far more personal reasons why Kate and Will chose it. Queen Charlotte was the wife of King George III. But Charlotte is also the middle name of Kate’s sister Pippa Middleton and a moniker that has been passed down the Middleton line since the death of Kate’s great-great-great-grandmother Charlotte Ablett, who was born in 1825.

In French, Charlotte is also the feminine form of Charles, making it a touching homage to the Prince of Wales.

Of course, this moniker was taken from William’s grandmother and Princess Charlotte’s great-grandmother Queen Elizabeth II. But Elizabeth is also Kate’s own middle name, and that of her mother Carole Middleton, too. It comes from Carole’s grandmother Elizabeth Temple.

In other traditions, Elizabeth is also said to mean “oath of God.”

The most touching aspect of the new royal baby’s name, Diana is a direct tribute to the memory of William’s mother, Diana, Princess of Wales, who was the first of her name in the British monarchy.

In Latin, Diana means “the divine,” and in Roman mythology Diana was a virgin goddess of the moon and hunting. 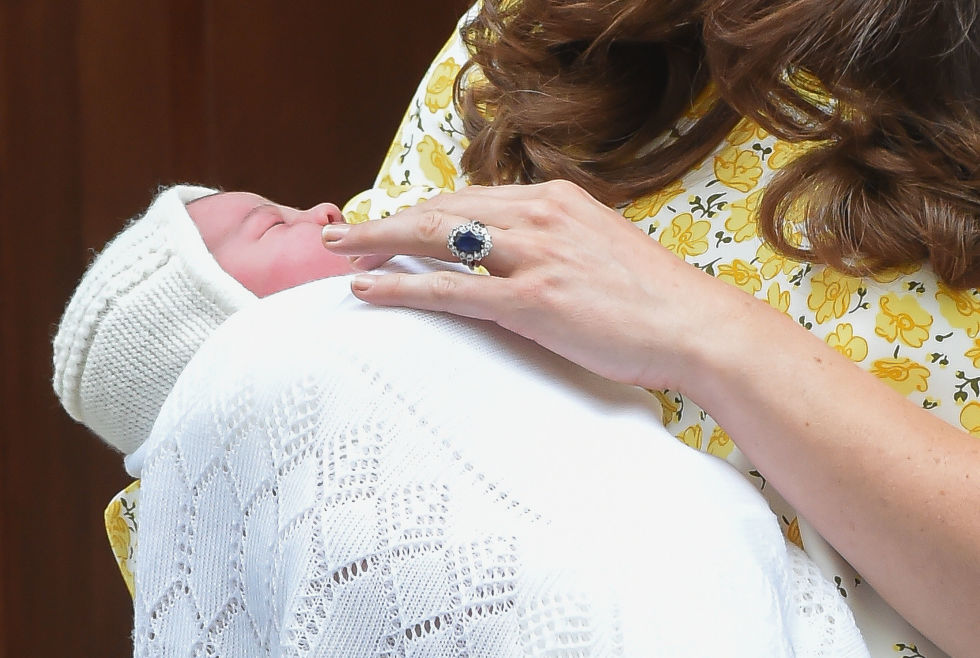