The Reason Why You’re Always Getting Back Together

When Kiri Blakely first met her ex, “he made me laugh like no other human being.” But after a year of witty banter, Blakeley, a writer in her 30s in New York, wanted to get more serious, and Luke (not his real name), a bro bouncing around the city, didn’t. So she broke up with him … and, a few months later, got back together with him. And then broke up with him, took him back, and broke up with him again for the next six years. 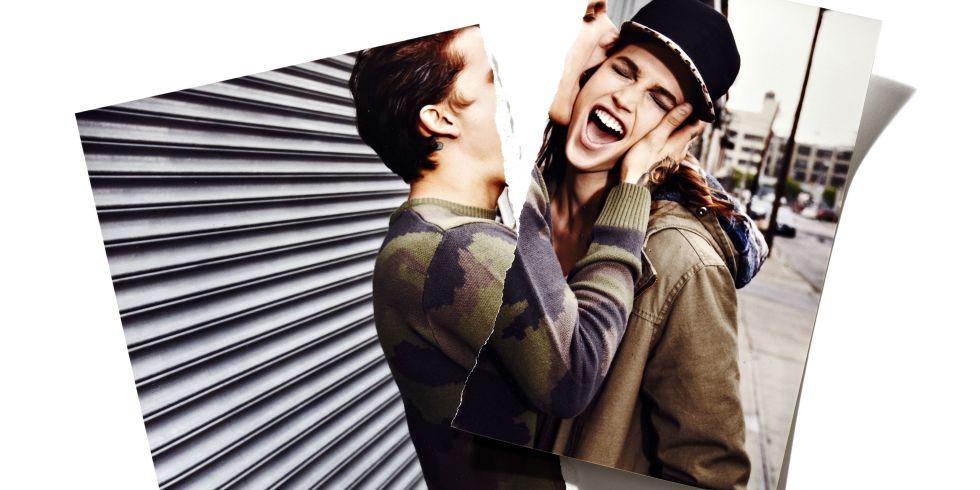 “I would want more and end it. Then he would panic and chase me,” says Blakeley. “I would think, Oh, he does want the same things; he knows he made a mistake. Then I would get back together with him, and the cycle would happen all over again.”

They’re not the only ones breaking up and making up on a loop. Dating déjà vu is the norm for a lot of people. An estimated 44 percent of people ages 17 to 24 have reconciled and started over with an ex, according to a recent study by Bowling Green State University and the University of Wisconsin at Milwaukee. More than half those on-and-off daters reported having sex with their ex post-breakup. For most couples who rekindled the flame, it was an ongoing cycle. On average, yo-yo daters broke up two times within one year, according to study co-author Sarah Halpern-Meekin, Ph.D., now an assistant professor of human development and family studies at the University of Wisconsin at Madison.

Chronically dating your ex has never been more common, she says — mainly because people are waiting longer to get married, “so we have more time to be in relationships in which we might break up and get back together.” Plus, “we have more ambiguity in our relationships today.” In the past, you were either dating or broken up. Now, thanks to a culture that’s more accepting of casual sex, breaking up is a slippery slope that can lead to ex sex, a friends-with-benefits situation, or a full-on round two in your relationship.

And in 2015, you can dump your ex, but unless you have the Herculean strength to unfriend him on Facebook and unfollow him on Snapchat, you’re reminded constantly of his existence. “You get one tiny little urge to email or text that person, and boom! You can do it. It’s just too easy,” says Blakeley. “You can’t cut that person out completely and heal.” The result: a generation that isn’t really sure how to break up.

Getting it on (and off)

Who can blame us for habitually dating our exes? We spent our formative years watching — and romanticizing — rocky on-and-off relationships on TV, from Carrie and Big on Sex and the City to Ross and Rachel on Friends and Meredith and McDreamy on Grey’s Anatomy. We’re also used to the cycle of swiping, liking, and effing — and while it can be spontaneous and fun, it can also leave you feeling like there’s a pile of dust where your heart used to be. So when you find a real bond with someone, it’s hard as hell to let go. Halpern-Meekin confirms that many couples who reunited were more likely to feel they’d “revealed their deepest self” to each other. Whitney Burnett, 22, a student in Lawrence, Kansas, says she spent 2.5 years breaking up and reuniting with her ex-boyfriend because “we both have issues with our parents and we understood each other in a way that other people didn’t,” she says. They broke up because he wasn’t ready to be exclusive, “but he always came back because we have that emotional connection,” she says, and they regularly fell back into ex sex.

A strong connection with a romantic partner can be hard to shake because, to a certain extent, it’s rooted in our brain chemistry. In a recent study, Jim Pfaus, Ph.D., a professor of psychology at Concordia University in Canada, mated female rats with male rats he’d dabbed with a special scent. Later, when he mixed the lady rats with both the familiar-scented males they’d already made sweet rodent love with and new unscented rats, 80 to 100 percent (in different trials) chose their familiar partners over the new dudes. Pfaus says it’s because when you’re in that “beautiful, magical, post-orgasmic state with someone, your brain releases oxytocin and opioids” (chemicals linked to happiness and romantic love), creating an attachment — which some research has likened to addiction — to the person you’ve been with. Defaulting to the pleasure you already know can feel a lot more natural — and less scary — than starting fresh. After breaking up with an older, more worldly boyfriend, Gabrielle, 25, a lawyer in Jersey City, New Jersey, who asked that we not use her last name, says she continued sleeping with him because it was “convenient” — easier than starting over with someone new and more appealing than being alone. “I’m naturally more comfortable with people I’ve already slept with, and I also didn’t want to raise my ‘number,'” she says. “I am in no way the Virgin Mary, but I’ve just always felt like given the choice, I should try to stay in the same pool rather than sleep with a complete stranger.” Recent research from Oakland University shows that casual sex isn’t so casual after all. Among people having casual sex, only 13 percent of men and 10 percent of women had it with someone they’d just met, compared with 65 percent who got it on with an ex.

After years of on and off with Luke, Blakeley grew emotionally exhausted of the cycle. But when she recently resolved to end things for good, “it was one of the most difficult things I’ve ever done,” she says. “I would imagine it’s like quitting crack.”

It’s no wonder researchers describe the on-and-off phenomenon as relationship churning. Breaking up — and subsequently creating a shiny new Tinder profile and maybe throwing yourself into a restorative cardio-barre regimen — only to wake up next to your ex the next weekend can feel frustrating and depressing, like you’re blocking yourself from moving forward. Although Halpern-Meekin’s research found many rekindling couples had strong emotional bonds, they also reported higher levels of conflict and lower levels of commitment. Research also shows a higher likelihood of verbal abuse and physical violence among churning couples.

We all know the definition of insanity is doing the same thing over and over again and expecting a different result. “I endorse a relationship sequel, but certainly not a trilogy and beyond,” says clinical psychologist Monica O’Neal, Psy.D., a lecturer at Harvard Medical School. An acknowledgment of why things didn’t work the first time, and a vow to do it better, is a good sign, she says. But “if you re-experience the same disappointment and hurt, it’s a sign this person is not an ideal partner.”

Although Gabrielle’s boomerang relationship had its downsides, she doesn’t regret it, because “it made me realize that I didn’t want the in-between relationship anymore,” she says. “I wanted the great sex and also someone who loved and supported me.” When she found both with a great new guy (who’s now her boyfriend), it was a wake-up call. She said good-bye — for good — to her ex.

Not all breakups and make-ups end in disaster — sometimes it’s just a matter of both members of the couple getting on the same page at the same time. “A little space and time can heal wounds and spark introspection,” says O’Neal. Nicole Jackson, a 27-year-old from Richmond, Virginia, says during a recent break from her boyfriend of a year (he needed “space”), they both realized how much they want to be together. “I gave him a trial period, and he proved that he really cared about me,” she said, including supporting her during her mom’s bout with cancer. They’re planning on moving in together soon.

“When we broke up, I told him I wanted a guy who was sure of himself,” she said. “When he came back into my life, he was ready to be that person.”