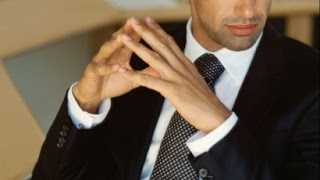 1. They Push Themselves Outside Of Their Comfort Zone

Nothing builds confidence like taking action, especially when the action involves risk and failure, say Kay and Shipman. Confident people start small and continue to take action until they become more comfortable with the risk.

2. They View Failure As Information

Confident people are not immune to failure; instead of letting it stop them, they view it as an information-gathering session.

“It’s a notch in their belt and proof that they’ve started moving in the direction they want to go,” says Sincero. “Confident people thank the experience for the lesson, and then they course-correct.”

It’s not the strongest species that survives, say Kay and Shipman, it’s the one that’s most adaptable.

3. They Watch Their Language

Sincero says confident people don’t speak badly about themselves. Instead, they question their self-doubts.

“Instead of believing something is 100% true—such as feeling like a loser—they realize that they bought into something that’s not certain and they attach feelings to new belief,” she says.

Kay and Shipman call that getting rid of NATS (negative automatic thoughts): “Women are particularly prone to NATS. We think we make one tiny mistake and we dwell on it for hours and hours … and it kills our confidence,” they write.

To get rid of NATS, the coauthors suggest reminding yourself of three good things you did for every negative thought you have. Eventually this technique will help you eliminate the tendency to think badly about yourself.

Instead of feeling like a victim of their circumstances, confident people take ownership of their situation and do something about it, says Sincero.

“They don’t blame their parents or others, they take responsibility and change the things that are getting in the way of their goals,” she says.

5. They Seek Out Inspiration And Advice

Sincero says confident people read books, take classes, practice meditation, and find coaches and mentors who have done the things they want to do.

“If you’re confident then you don’t feel weird about showing your vulnerability and opening yourself up to learning from somebody else,” she says. “Insecure people stay where they are because they’re afraid of admitting their weaknesses.”

6. They Use Power Positions

Sitting up straight gives you a short-term confidence boost, say Kay and Shipman. The coauthors suggest keeping your abs in and chin up, which they call “astonishingly simple yet woefully infrequent.”

Also try nodding your head: “You feel more confident as you talk when you do it—and you’re sending a subconscious signal that makes others agree with you,” they write.