Royal baby: What you need to know before the next royal birth

For fans of the British Royal Family, it might be hard to “keep calm and carry on” right now.

That’s because the world is just weeks away from meeting the second child of the Duke and Duchess of Cambridge (apparently not even the parents know the baby’s sex yet).

Prince George, their first child, was greeted by a global media frenzy and, of course, no shortage of royal pomp and circumstance. 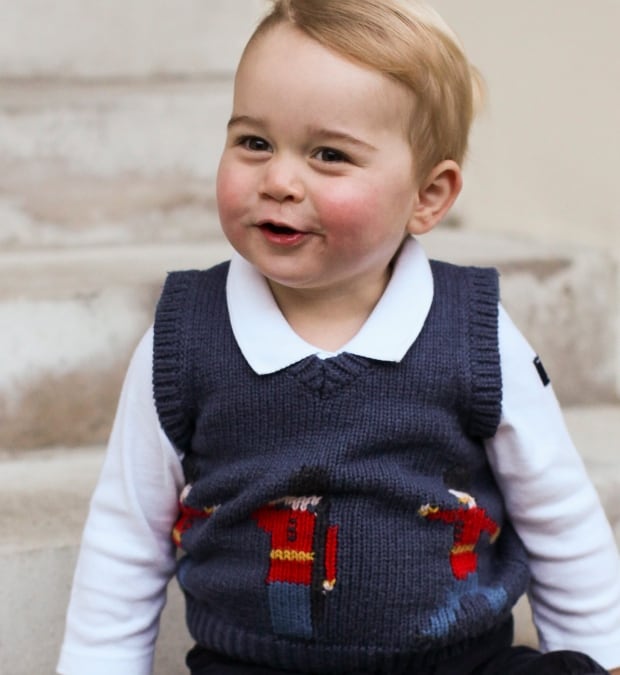 It’s not yet clear whether Prince George, who was born in 2013, will be on hand to meet his newborn baby brother or sister at the hospital.  (The Associated Press)

To prepare us for “Royal Baby Fever: The Sequel,” Kensington Palace, the official residence of Prince William and Kate, has released new details about what to expect.

The palace hasn’t revealed the exact due date, but Kate reportedly let it slip last month that the baby is due “mid-to-end of April.”

According to some British bookies, April 20 is seen as the most likely day the “Great Kate Wait” for the new baby will come to an end.

If it happens one day later, on April 21, the baby will share a birthday with its great-grandmother, the Queen.

What we do know for sure is that the media barricades won’t go up at the hospital where Kate will give birth until April 16.

Kensington Palace has confirmed that Kate will again give birth at the Lindo Wing of St. Mary’s Hospital in central London.

The public was first introduced to Prince George on the steps of St. Mary’s. Will and Kate beamed as they held their new baby outside the hospital as the world’s media huddled in front of them, jostling for the perfect shot. We’ll likely see similar scenes this time around. And if royal watchers are lucky, Prince George might be there again, this time to welcome his new sibling.

Keen to show this isn’t your grandma’s monarchy, palace officials will announce the birth first on social media platforms such as Twitter and Instagram.

Shortly after the digital proclamation, the old school procedures will kick in, with a royal official bringing the written birth announcement, by car, to Buckingham Palace where it will be displayed in the forecourt. 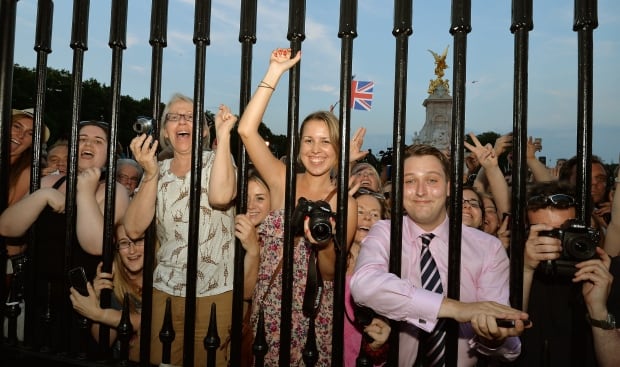 Crowds of people gathered to look at a notice formally announcing the birth of a son to Prince William and Kate. The arrival of their second child will be announced online before a formal announcement is posted in the forecourt of Buckingham Palace. (John Stillwell/Reuters)

The announcement will include the sex, time of birth, and the baby’s weight. The baby’s name will likely be made public within 72 hours of the birth.

He or she will be fourth in line to the throne.

That is the question. And not even Will and Kate know the answer, according to royal sources.

Still, it’s fun to guess. According to bookmaker Ladbrokes, more than 80 per cent of the bets it has received on the baby’s sex say the Royal Family is about to get a new princess. 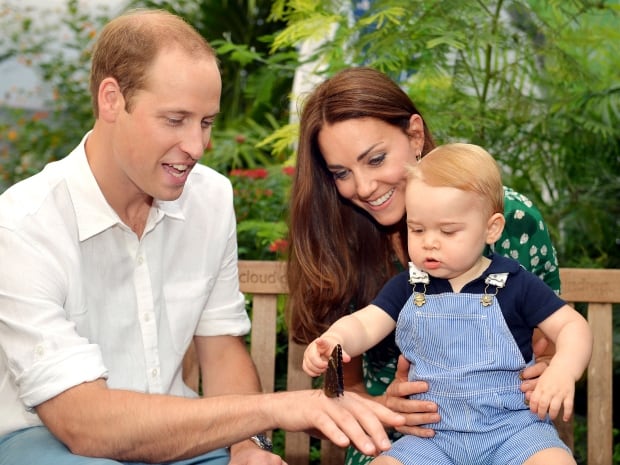 Prince William is set to take a two week paternity leave before he heads back to work as an air ambulance pilot. The palace hasn’t commented on when Kate is expected to resume royal duties.  (John Stillwell/Reuters)

After the birth, the newly expanded family will likely spend a few days at Kensington Palace before heading to their country home, Anmer Hall, in Norfolk.

The palace won’t comment on when Kate will return to royal duties, but it’s expected that her main focus for the summer will be family life.

Palace officials said the royal couple will not be hiring a second nanny to help with the new baby.

William will take two weeks off for paternity leave before returning to his job as an air ambulance pilot.