Finally, some good news for Richard Sherman — his girlfriend just gave birth to a bouncing baby boy … and Russell Wilson has already offered to watch the kid. 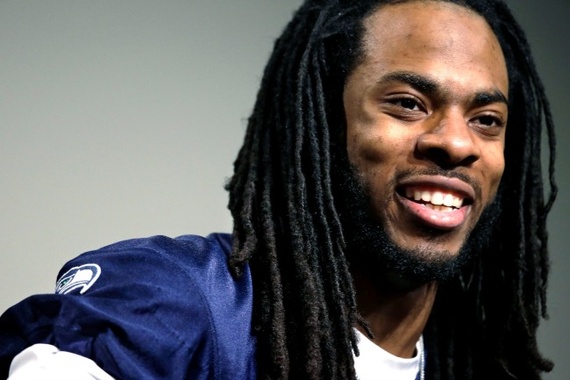 Sherman’s GF Ashley Moss was on baby-watch during the Super Bowl — and there was a (slight) chance the kid could have arrived during the big game.

But the baby waited it out … until this morning … and Richard made the announcement just a few hours ago:

“My son sure does know how to make an entrance! 2/5/15 … Is it a coincidence or is he just that clever?! Either way I’m ecstatic.”

A short time later, Russell tweeted at Sherm … “so happy for you bud!!! You are going to be an amazing dad! Love you bro! Let me [know] if u need me to babysit!”

If Russell’s unavailable, he could always hand the kid off to Marshawn Lynch … for a change.