Teddy Houlston, a newborn baby who died less than two hours after he was born, became Britain’s youngest organ donor last year after his kidneys and heart valves were given to adults in need, and now his family is sharing their story, ABC News reports. 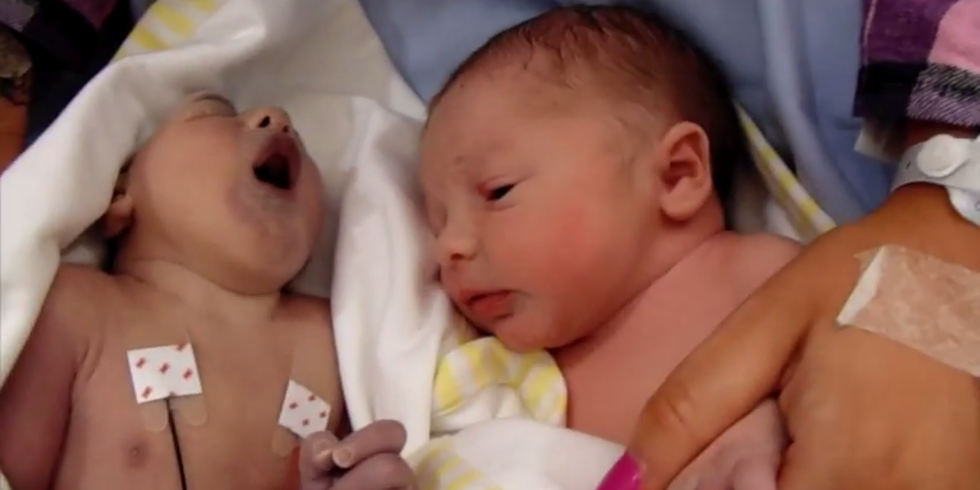 Houlston’s parents say they knew that Teddy, who also had a twin brother Noah (the baby pictured above), wouldn’t survive, since they were told early on in the pregnancy that he had an incurable condition called anencephaly, meaning he was missing parts of his brain and skull. Houlston’s mom, Jess, said the two thought about abortion upon learning of the diagnosis but, “We thought that even if we had a moment with him, or 10 minutes, or an hour, that time was the most precious thing that we would ever experience,” and decided to donate his organs, since she says she’s always felt strongly about the practice in general.

Looking back now, Jess added that, “Knowing that part of your loved one is living on in someone else is comforting. Teddy’s life had a very important role to play.”

His father Mike feels similarly, telling The Daily Mirror his son had “lived and died a hero. It’s impossible to explain how proud we are of him,” and that he hopes their son’s story will “inspire others and help break any taboos people might still hold regarding organ donation.”