Jamie Dornan: My Wife Will Not Be Watching Fifty Shades of Grey

In perhaps the least surprising news you’ll read all day, Jamie Dornan‘s wife, Amelia Warner, has not yet seen her husband star in Fifty Shades of Grey – nor does she plan on it.

“She hasn’t seen the film and I don’t think she will, to be honest,” Dornan, 32, revealed to the London Evening Standard at the U.K. premiere of the film. “I’d understand if she didn’t want to.” 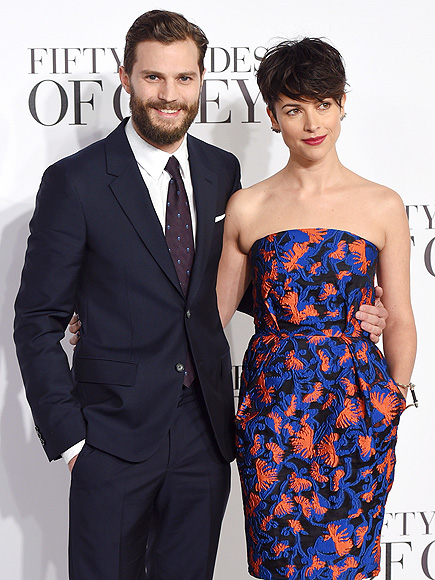 Following the sex scenes he filmed with costar Dakota Johnson, 25, “I’d be a really awful person if I didn’t cover her up after they called cut and she’s naked,” Dornan told the Standard. “I’m not the kind of guy who could just leave her.”

“She’s the one who is very naked and tied up,” Dornan said in an interview with the U.K.’s The Independent. “As in the story, I’m the one who’s in control of it so [filming the sex scenes] was far harder for her.”

“As the closest person to her I felt the need to throw a dressing gown over her, untie her, make sure everyone kept their distance for a while until she was comfortable.”

That said, Dornan acknowledged to the Standard that there are definitely some scenes in the film that he wouldn’t necessarily want certain family members to see; however, “it wasn’t enough to make me not want to do it.”