How One Educator is Fighting Against Sex Trafficking in India

The National Desert News reports, “In 2011, Casey Allred was a director at a school that he helped start in a  small village in India, and he noticed that girls — especially girls around 12  or 13 — started disappearing from the rolls. He went in search of them without  much luck, until he finally talked to a local attorney.

“He told me that he had parents coming to his office looking for their lost  daughters all the time,” says Allred. “These girls were being trafficked into  the sex trade.”

Allred first visited India when he was a student at Utah State University,  and he helped found Effect.org, a nonprofit organization building schools in  villages without access to education. Now, Allred, 28, is producing a film  called “Stolen Innocence” with  director Chris Davis and is raising money to support the film on Kickstarter.  The film, which he has been shooting for the last six months, documents his  exploration from poverty-stricken homes in rural India to brothels in Mumbai  with lines spilling onto the streets.

According to one estimate, one child goes missing every eight minutes in  India, where the government estimates that a half-million  children are currently at large. 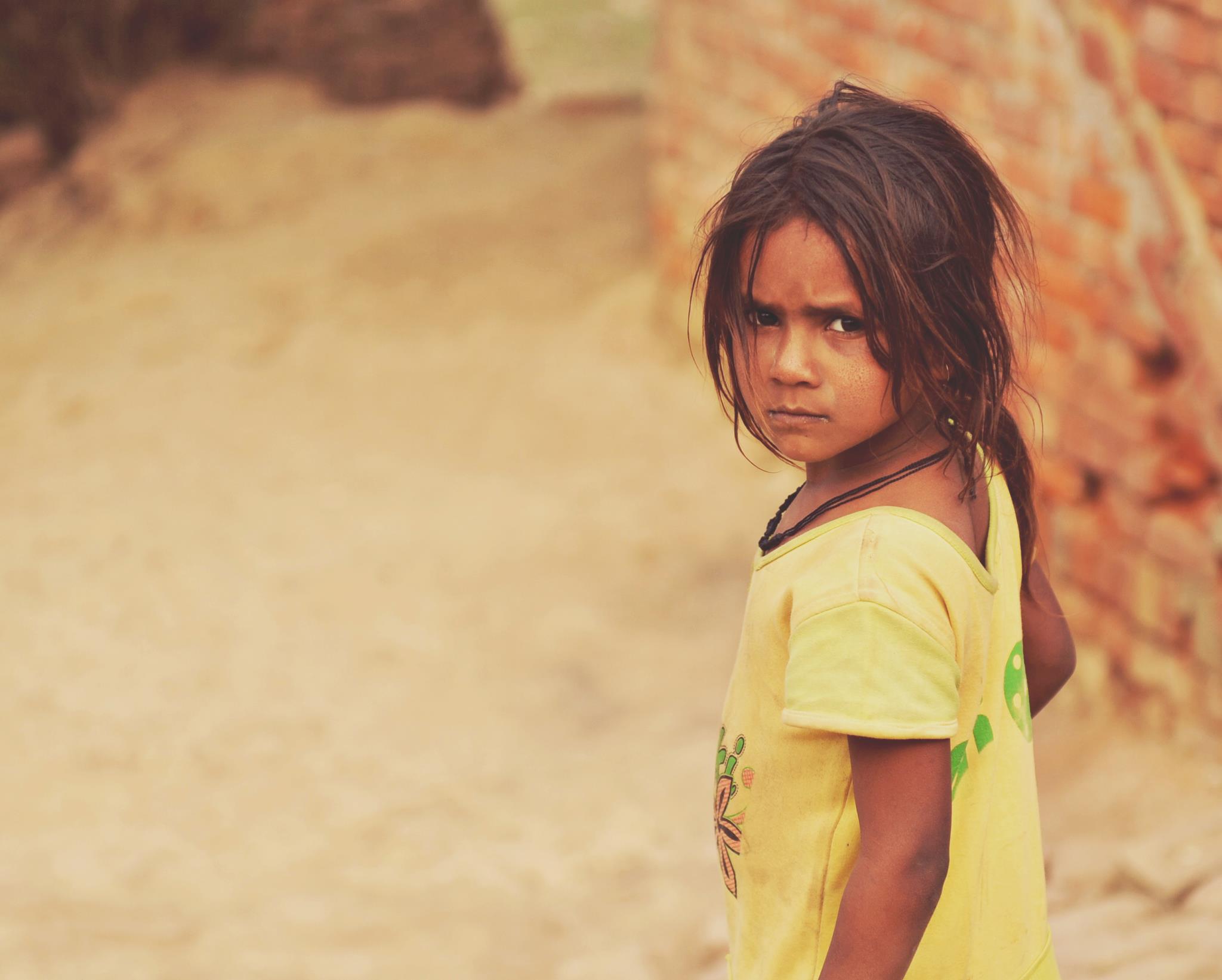 Sex trafficking data can be hard to collect and verify, especially because of  the clandestine criminal nature of the business and because victims are  sometimes loathe to be identified as such, and this is complicated by the  discovery earlier this year that Somaly  Mam, sex trafficking’s foremost international opponent, had fabricated some  of her own story as a victim. UNESCO says that while estimates vary, it’s  “widely agreed” that the number of victims assisted is just a fraction of those  being trafficked.

Experts believe that combination of loose laws and victimization of  desperately poor families — who are often fooled by abductors into believing  that their daughters are being taken to cities to be street sweepers or  dishwashers — has made India ground zero for sex trafficking over the last  several years.

Allred hopes to highlight the plight of young girls in India — and through  interviews with survivors and the nonprofit groups that help rescue and  rehabilitate them, shine a light on how to solve the problem.

It can be hard to understand, from a Western point of view, how girls are  taken from their families. But the problem is intertwined with cultural  differences, and perhaps most importantly, desperate poverty, says Allred.

It’s much easier to be victimized, he says, when you’re “living in depravity,  and your entire lives revolve around getting food for a day.” In order to be  married, often these girls must come up with a dowry that is hard for poor  families to scrape up, so being offered an alternative “good job” in the city  can be seen as a blessing, says Allred.

According to one study,  most victims come from rural areas, and almost half reported that their families  earned about $1 a day. About 78 percent of victims in the country are from West  Bengal — one of the poorest areas in the country.

Families are also intimidated and even threatened at times, he says. “When  you are poor and lower class, because of the caste system, it’s less likely the  police will do anything or listen to you.”

Allred has worked with nonprofit groups to get access to brothels in big  cities like Mumbai, where most of the girls are taken, and often drugged, before  being delivered to pimps or brothels that pay the captors.

He has been surprised to find lines outside brothels spilling out into the  streets — and in India, the demand is largely local, unlike Thailand and places  in Southeast Asia where sex tourism is popular. India is seeing rapid  urbanization as young people — especially young men — are flooding the cities  looking to get out of the slums and break the poverty cycle, and with that comes  demand for things like prostitution.

A study by philanthropic organization Dasra reported that influx of migrant workers to megacities like Mumbai has “resulted  in a rapid escalation in the demand for cheap sex” because “loneliness, coupled  with the anonymity of the city” has made it an attractive option, and a majority  of migrant workers report that they have paid for sex.

Demand and cold, hard economics are combining to create a spike in sex  trafficking, and survivors that Allred has spoken to say that they are forced to  service around 20 men a day, which means that each girl brings in a chunk of  cash. Usually, none of the money goes to the girl herself.

The Dasra study states that the rise in sex trafficking in India is due to  “immense profitability with minimal risk,” and that a net profit margin of over  70 percent makes trafficking “one of the most profitable businesses in the  world.”

Allred, who has visited three cities, and with the money from the Kickstarter  compaign hopes to film in three more and submit his film to Sundance next year,  has worked on the ground with local nonprofit groups. They tell him that in the  last five years the problem has grown “out of control,” and for every one girl  they rescue, they know that five more are taken in.

Rescues do happen though, says Allred, and there is hope. So far he’s shot in  India, Nepal and Bangladesh, and interview subects include the industry’s shady  figures, which he usually captures through hidden cameras. But he also features  uplifting stories from survivors and their rescuers.

He hopes to shine a light on — and help raise money for —local nonprofit  groups that work on the ground to break sex trafficking rings and return  individual girls to their families or rehabilitate them.

“With this film we want to leave people feeling inspired to do something  about this, not depressed and sad. The strength of the girls and people who help  them is inspiring. We want viewers to see that they have the means to help fix  it.””