From Glasgow girl to ‘bedroom radical’ and ISIS bride

CNN reports, “In November of last year, 19-year-old Aqsa Mahmood gave her father, Muzaffar, a long hug goodbye. He remembers, he says, because she looked especially beautiful. He remarked upon it to his wife, saying there was something different about his daughter. 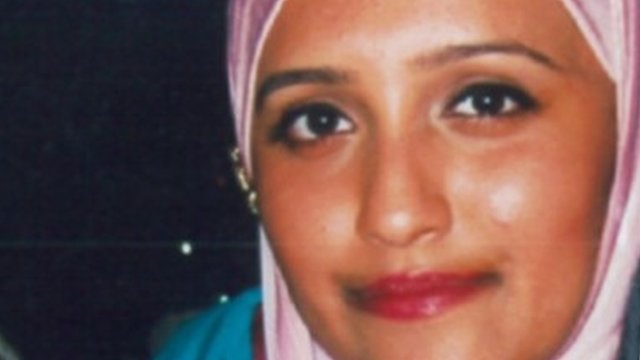 The night before, she had asked her sisters to sleep together in one big bed. Aqsa gave a lingering farewell to her bedridden grandmother, and that’s when Khalida, her mother, knew something was wrong.

Standing in her daughter’s empty bedroom, Khalida told CNN, “There was something about the way she said ‘Khuda Hafiz’ (God’s Blessings) while taking leave that day, which made us all wonder. My husband even asked if everything was OK, and I said she is fine.”

Four days later, Aqsa called her parents back in Scotland, just as she was crossing into Syria from its border with Turkey. Her parents were left heartbroken and confused.

Her father says when he spoke to her about coming home, she said that she would see her family on Judgment Day and would like to be a martyr.

She has been prolific on social media, advocating ISIS and Islamic caliphate beliefs, and calling for attacks to be carried out in Western countries. She posts photos of AK-47s and exults in ISIS executions. Her recent posting online has called to follow the example set by “brothers from Woolwich, Texas, and Boston.”

“There was nothing they (Aqsa’s parents) could have done different. She was a bedroom radical. And if this could happen to Aqsa, who had all the life chances, the best education that money can buy, a family that was moderate, liberal … if it could happen to her, somebody who was so intelligent, then it could happen to any family,” Anwar said.

Aqsa is said to be influenced by watching sermons online and coming in contact with people through social media that helped her make the trek from Glasgow to Syria.

Living the dream in Scotland

The Mahmood family was, in many ways, living the dream of many immigrants. Muzaffar moved to Glasgow from Pakistan in the 1970s. He was the first Pakistani cricket player for Scotland. He and Khalida bought a home in an affluent neighborhood and had four children. They went to the prestigious private school Craigholme down the road.

“She was the best daughter you could have. We just don’t know what happened to her. She loved school. She was very friendly. I have never shouted at her all my life, all my life,” Muzaffar laments.

Her parents insist there were no signs that the Glasgow teenager harbored any extremist beliefs.

She listened to Coldplay and read “Harry Potter” books. On her desk, colorful loom bands and bracelets hung from a goosenecked lamp, a dog-eared copy of “The Hunger Games” nearby.

But when the civil war in Syria flared, Aqsa grew increasingly concerned about the violence. She grew more religious, praying and reading the Quran. And when she went to her university, she gave up her music and childhood fiction. But her parents did not suspect anything extreme.

“She didn’t go out much. Just with her sisters, she would go out to watch movies and go out eating. We all went together,” Muzaffar says.

Her family was stunned when they learned she was headed for the rebel-held territory of Aleppo in northern Syria. Khalida says her daughter was afraid of the dark and didn’t even know what bus to take downtown, much less how to cross the border into Syria.

‘I don’t know when she became this brave’

“She didn’t like shouting. I don’t know when she became this brave. She was scared to talk, scared to fly, and this is a very big step — her flying to Syria. I can’t believe this,” Khalida tearfully says, explaining the shock the family feels about her daughter’s decision.

“I know she is my daughter, but I feel that she is my friend. But she made one mistake, but otherwise, she is really a very good girl. Sometimes I am angry.”

Her family describes her as a loving daughter who brought her mother tea in bed, helped massage her mum’s tired feet and often assisted her handicapped grandmother. Her mother says Aqsa never complained despite being asked to help with housework.

Soon after her arrival in Syria, Aqsa told her family that she would marry.

Her father said she sent a message saying: “That’s the process here. They don’t let a girl stay alone. Now we have to find a mahram (male guardian). We have to get married here. Don’t worry. I’ll be OK. My heart is good.”

But her parents, still worried, attempted to dissuade her.

“We used to tell her … this is not Islam, some of these groups are not Islam. They are doing wrong things which we don’t approve of. Obviously, no Muslim approves this.”

Despite Aqsa’s active role on social media, her father says he reads little of what she writes online because it hurts him.

“We don’t know what happened and how she changed so quickly. God knows why she is doing this.”

In one of the exchanges Muzaffar had with his daughter, she told him that she is praying every day to become “shahid,” or a martyr.

Praying for the return of their daughter

The family hopes and prays that Aqsa will come home.

One of her sisters has been suffering from depression since Aqsa left. Her mother says that Aqsa is leading a very hard life, often sleeps on the floor in the cold and has suffered from pneumonia. Her mother says that in her random chats online, she asks Aqsa to be safe and often reminds her to eat.

“As a mother, I want my daughter safe.”

In a special message to Aqsa through CNN, her parents made a personal appeal to their daughter.

“We just want her back. We miss her too much. We love her. We just want to see her back and want to hug her. She was such a good daughter,” her father said.

Both parents are quick to denounce ISIS, which also calls itself the “Islamic State,” and the atrocities that are being carried out in the name of religion.

”We are against all this ISIS carrying on. This is no Islam. Islam is peace. Any killing we are against, whoever it is. That’s what we have been taught by our prophet — peace be upon him,” Muzaffar says.

Anwar, the lawyer, says Aqsa is not directly responsible for committing any crimes and is safe to return home.

The Mahmood family says they are speaking out in the hope that their other children and the community don’t face any backlash, and they publicly condemn their eldest daughter’s callous decision.

Both parents are worried that time is running out for Aqsa to safely return home. But they say they are still holding hope that one day, she will come back.”