Family in Adelaide Finds a Surprise in Their Pool!

A kangaroo has given a family in Adelaide’s north a thrill by taking an early morning dip in their new swimming pool.

Early on Tuesday the Hughes family found the roo swimming around with their two border collies. 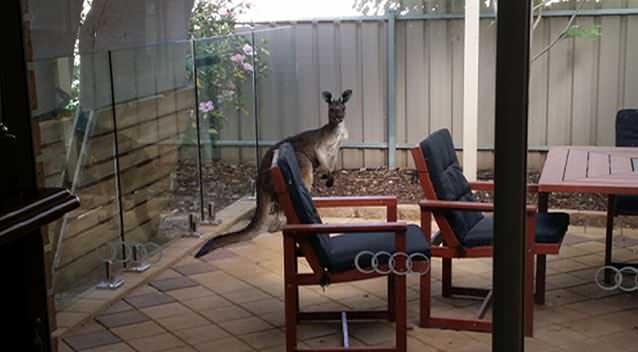 They tried for almost an hour to coax the animal out of the water before it eventually hopped out the pool.

Even then it decided to hang around in the backyard of their Evanston Park home for another few hours before bounding through the garage and out onto the street. 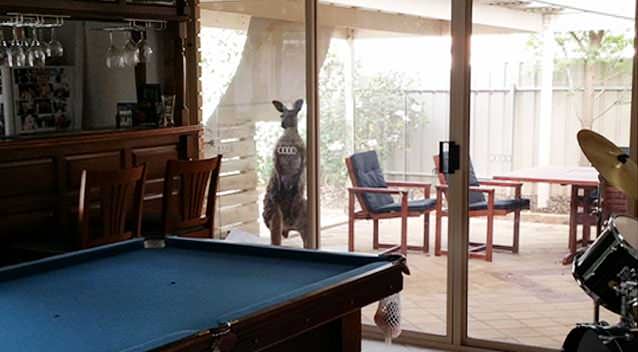 The roo appeared to have made itself at home after its swim. Photo: Dan Hughes