9 Things You Lose When You Commit

Ready for commitment? Consider these 9 things you understandably lose when you commit to a girlfriend! 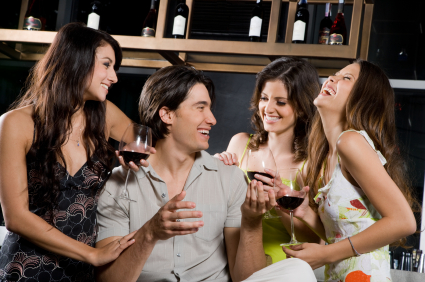 There’s no doubt that changes and issues do occur in your friendships when you get a girlfriend — especially female friendships. You won’t be able to spend as much time with or text the girls like you used to, because those friendships tend to get nudged down a few rungs of the ladder. Why? Your girlfriend is in the No. 1 spot now. Any other women have to understand that she gets most of you, and they have to be satisfied with the leftovers.

8. Your Weekends
Free time you’d enjoy by kicking back and cracking open a beer used to be completely yours, but now that you’re in a serious relationship, it’s highly likely that quality time with your significant other will be squeezing into the time you’d been meaning to set aside for yourself. After all, with both of you working during the week, there’s not much chance to spend time together. That’s why the prestigious weekend is often filled with relationship quality time.

7. Your Casual Fun
Flirting is the first thing to die when it comes to casual fun and relationships. When you’re in a serious relationship, there are boundaries for interaction with other women. Flirting has to be contained, otherwise it could explode into something inappropriate. As for casual fun with your partner, a full-fledged, committed relationship calls to mind things like responsibilities, obligations and routine.

6. Your Self-Indulgences
You used to be able to do whatever you pleased. If that included excessive smoking, drinking and staying out till dawn, there was nobody you had to answer to. But now when you stumble back home after a raucous night with the boys, you’re likely to find your girlfriend standing at the door with “Where the hell were you?” kinds of questions. If you’re committed to your girlfriend, you have to realize that you can’t be partying excessively the way you would when you were single. It might sound hectic, but being in a serious setup means you have to account for your actions — because if she was getting home at 3 a.m. totally wasted, you’d start asking yourself the same questions. So if you want wild time with the boys, you’ll probably have to run it past her and schedule it in. When things were less serious with your woman, it was much easier to find the exits than it is now. If things went pear-shaped fast, you could evacuate the building without much fuss because you weren’t too tied to each other yet. But now with all the emotional bindings, it makes clean breakups a bit more difficult.

4. Your Financial Independence
Often relationships don’t end only with emotional ties; they can also incorporate financial ones. It’s common to lapse into a “What’s mine is yours, what’s yours is mine” line of thinking when you’re in a serious affair. Basically, if you’re committed, then you share each other’s financial situations. Considering men still out-earn women, a good portion of your hard-earned cash is likely to head in your girlfriend’s direction.

3. Your Options
They say a man is as faithful as his options. It’s not necessarily true that you’ll stay loyal to your girlfriend only until you meet someone better, but let’s be honest: It’s a boost to the ego to know that you still have pulling power, even if you don’t intend to use it. But with an exclusive relationship, you’re much more limited to this one relationship. Even window-shopping can prove boring. What’s the point of looking when you know it can’t go anywhere?

2. Your Space
Every king needs a castle, but if you bring a queen into the situation, then things can become a tad complicated. Often commitment is closely linked to cohabitation, which can drastically reduce your privacy. Soon you’ll find feminine products in the bathroom cabinets, the arrival of kitchen utensils that you can’t even name and her votes counting more in castle decisions. Yep, it might feel like she’s making a play for your throne — but we wager that would happen no matter who you move in with. And living with your girlfriend is probably going to bring certain benefits to the table that a boring old roommate never would. (Can you say back rubs?) When you first got together, you and your partner shared interests, values and some hobbies. The similarities thankfully ended there. But now it seems you’re merging identities. Though it can be a good feeling to be in sync with your partner on various levels, it can also mean losing your individualism a little bit. Say no to the relationship clones, and don’t be afraid to retain your own sense of self — even if it means that you guys have rules about not sharing the same toothbrush (sensible) or sleeping in separate rooms (maybe less so).”