Chinese Web users hoping to catch the new sexual bondage film “Fifty Shades of Grey” were taking a beating on Friday, after several sites that had planned to stream the film abruptly changed course. 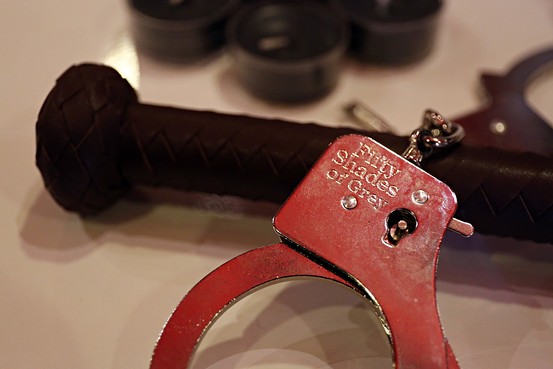 The sites, LeTV.com, iQiyi.com and v.qq.com, had said on social media that they would offer the feature adaptation of E.L. James’ best-selling novel—which has been a surprise hit in theaters and made the biggest ever February debut in the U.S.—on Friday at midnight. But LeTV and iQiyi late Thursday posted apologies on their Weibo accounts saying that the film couldn’t be streamed for “special reasons.” Neither site specified when the film would be available.

“We pray that everyone won’t have to watch a ‘big-head’ version when it becomes available,” LeTV said in its notice, referring to recent restrictions on TV dramas in which images of actresses have been zoomed-in to eliminate their low-cut necklines.

Qq.com didn’t stream the film as planned either and gave no official explanation. Tencent, which owns QQ, didn’t immediately respond to a request for comment.

LeTV had said on its verified Weibo account earlier Thursday that it would offer an uncut version for paid members. Some users questioned whether the site was trying to use the promotion to entice users to pay for its service, but LeTV said it would extend a one-month membership for users who bought the membership just for “Fifty Shades” by an extra month.

LeTV and iQiyi declined to comment further. Universal Studios, which produced the film, didn’t respond to a request for comment outside of U.S. business hours.

Compared with big-screen films and official TV dramas, online content has in the past enjoyed relatively loosened censorship restrictions in China. But the country’s media regulator has been gradually tightening control over what can be shown online as well. Explicit sexual and violent scenes recently have been noticeably cut from shows on some of the country’s major video sites.

Though the film, which chronicles the sexual escapades of a female college student who enters into a sadomasochistic relationship with a mysterious billionaire, would have nary a chance of passing the rigid censorship guidelines required to be screened at local theaters, it has nonetheless been a hot topic on social media here since making its U.S. premiere.

Many social media users lit up with excitement when news first hit that “Fifty Shades” would be available online here in high-definition with Chinese subtitles.

“It is said Fifty Shades will be streamed tomorrow on the video sites!! I am so shocked,” said one Weibo user. “So much will need to be censored!”

But after they found out the planned release had been pulled, others expressed their disappointment.

“I took the risk of running late for work and being scolded and sleepy tomorrow to wait for the film on these video sites at midnight,” one user said. “And then I spent 50 minutes searching and found nothing but trailers.”

On Friday morning, the film had again made it into the most-searched topic in Weibo, with some film buffs offering pirated torrents with Chinese subtitles to feed the local craze.

“At first I refused to watch it,” said one user. “But after I heard it was banned, now I really want to watch the film!”

“Fifty Shades” has raked in more than $415 million world-wide, according to Box Office Mojo, and was at the top at the international box office as of earlier this week.