12 Embarrassing Moments That Every Couple Endures

Yes, I’ve definitely been there before! What about you?! 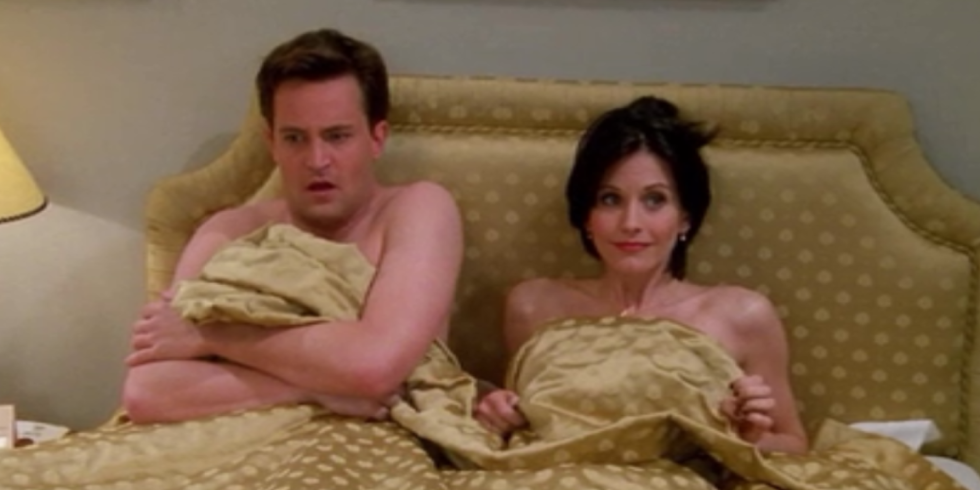 1. Having your mom walk in on you with a big plate of muffins while you were already buttering each other’s muffins. If you dated in high school, or college, or after college when you lived at home, or that period when you were 26 and things didn’t quite work out so you moved back in with your parents for a bit, you probably got caught having sex. It happens. You thought you had the place to yourself, but then in walks your dad/brother/sister/mom/roommate and you were too in the moment to realize. Just to add insult to injury, they were probably bringing you muffins or telling you the whole family is going to Disneyworld. And there you are, trying to play off the fact that your genitals were in someone else’s mouth/butt/vagina/whatever the kids do these days.

2. Trying way too hard to impress your partner’s parents when you met them for dinner. Assuming the first time you met your partner’s parents wasn’t when they caught you having sex (hey, a twofer!), you likely embarrassed yourself when you first met them. Who doesn’t want to make a good first impression? Maybe you had the jitters and broke a priceless family vase. Maybe you just insulted the family’s political beliefs when you declared “All Republicans are morons.” You just left that meeting knowing you’ll never recover unless you figure out an inconspicuous way to give the whole family amnesia.

3. Burping in front of each other for the first time and acting like it’s never happened before. Human beings are giant balls of gross secretions and gasses, but we like to pretend none of that is true. So it’s horrifying to burp in front of someone or even have to use their bathroom to make a number 2 (for some reason, peeing is OK). You probably farted for the first time in front of your partner and then tried to play it off like you weren’t expecting it at all, while making a face that says, “What did my butt just do? Did you hear that? Did you hear it? What is that?” This is embarrassing, but it shouldn’t be (for the record, I’m not advocating for being gross in front of each other all the time, I’m just saying don’t worry if it happens).

4. Not realizing you didn’t hang up the phone while you’re driving and letting your partner hear who you really, truly are. Everyone is weird when they’re by themselves. Everyone. And when you’re driving alone in your car, you talk to yourself in a weird robot voice, or recreate conversations you wish you had (or will have). Maybe you sing along to songs but in a way that’s weird and intense and cartoonish. And then, with horror, you realize you never took your phone off speaker, and that noise isn’t the engine, it’s your partner laughing uncontrollably.

5. When you get a little too obsessive with texting. When you first start dating someone you like, your brain short-circuits. You might find yourself suddenly thinking, “If I don’t text them 9 times a day, they’ll date someone else.” Or maybe you call them your “boyfriend/girlfriend” on date 2. It happens, and if they really like you, they’ll get over it. But it’s something you probably still cringe about even today.

6. Actually, really seeing what you look like when you wake up in the morning. For the first few months, you’re still trying to look great when you first wake up. Maybe you sneak off to the bathroom and brush your teeth or comb your hair, or only wear sexy pajamas. And then one day, you just… forget. You wind up wearing some old sweats and a size XXL t-shirt and you wake up with drool all over you face, and it’s fine. It’ll be OK, even if it takes a moment for the initial shock to wear off.

8. The first time you accidentally have period sex. Yeah, period sex can be fine — great, even — if everyone is an adult about it. But if you didn’t see it coming, and once you’re done uh, coming and look down and see blood everywhere, it’s understandable to freak out. You’ll get over it the moment the sheets are in the wash and you jump in the shower.

9. When you forgot where you were and called each other pet names in front of your friends. And you even used a baby voice. There’s a reason that stuff is best left behind closed doors: your friends will make fun of you mercilessly.

11. When you got a bit too drunk and went on and on about “our grandkids.” You were dating for a month and spilled your heart out to them and described your weird, ideal future where you lived on an alpaca farm together with your extended family. You hope they found it endearing, but you’re afraid to bring it up.

12. The first time you realize you have done literally nothing all day. There’s a moment of dread that sets in when you realize it’s 5 p.m. and you two just laid in bed. You didn’t even have sex. Maybe you watched some TV in between naps, but at best, all you have to show for it is a fuzzy memory of half a Love it or List it episode. And that nothingness is crushing down on you like a weight. That’s time you’ll never get back.