11 Signs Your Guy Friend Wants to Be Your Boyfriend 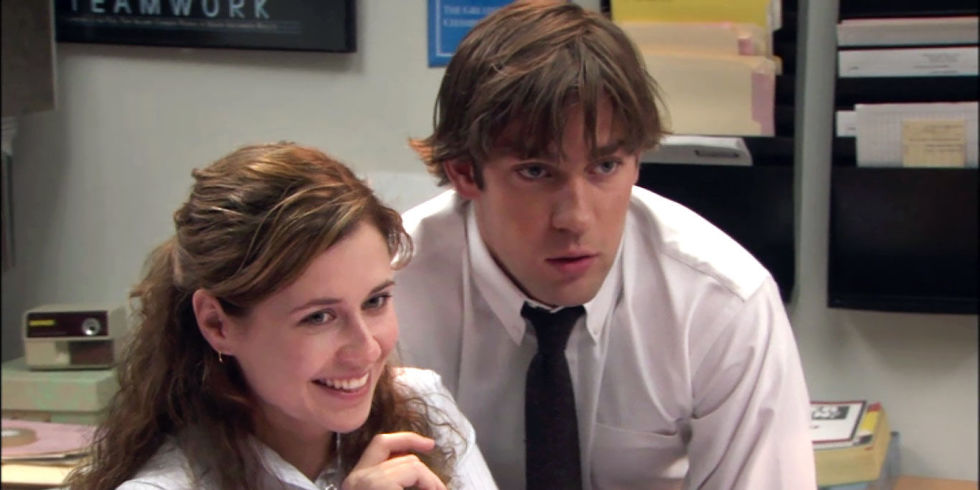 1. Your friends ask if you guys are a thing yet. One time I had a guy at a bar tell me he didn’t ask me out because he saw I had a boyfriend. The guy he saw was not my boyfriend, but he was a guy friend I thought might be into me. If total strangers and friends think you guys are giving off couple vibes, it’s because he’s absolutely wishing you two were a couple.

2. When he hugs you, it feels like he’s making out with you using only his arms. If your hugs used to be kind of standard, and now they’re longer and more affectionate, it’s because #feelings are there. New, or maybe not new, but definitely more intense #feelings. And not just of the “oh man, our connection as two platonic humans has truly intensified” variety.

3. You hang out one-on-one all the time doing, let’s be honest, couple-y things. Oh yeah, you’re just friends. Friends who go to lunch together, museums together, and movies together with just the two of you, hanging out for hours, with him silently wishing at some point he could hold your hand.

4. He brings up your inside jokes like they’re quotes from his favorite movie. Whether it’s conscious or not, he’s telling you he loves the connection you two have and is trying to slowly tell you, “Look at how much fun we have! Man, we have a cool connection. Possibly of the boyfriend/girlfriend variety. Just sayin’.”

5. He never talks about having crushes on other women because to him, other women basically don’t exist. You know he’s single, attractive, and cool, and there’s no way there aren’t girls who are into him, but you definitely never hear about them. And if he does mention girls, it’s always with the underlying sentiment that he hasn’t found the right one yet, except he has and it’s you.

6. He’s practically best friends with all your friends now. He met them through you but now he just chills with you and your friends because he wants your friends to like him so they can gently nudge you into falling in love with him if you haven’t already.

7. He constantly tells you how much fun he has with you. My platonic guy friends never really do this. We know we have fun together; that’s why we’re friends. But his casually telling you he has so much fun with you is his way of saying, “You are so great and all I want to do is tell you how great you are but then you’ll know I’m crazy about you and it might scare you off. So, uh, man, it’s fun to hang with you!”

8. He always texts you back. Granted, this is something a good friend should do, but even really good friends can forget about texts, or just get caught up and not reply. But he’s super invested in you seeing how much he cares about you, so he makes damn sure to text you back every time.

9. He makes sure no one messes with you. If you’re in a group, and someone is putting you down or saying something mean to you, he’ll slyly either change the subject or shut it down. He has your back, even if you do not yet realize he should be your guy.

10. If you’re putting an event together, he’s your hype man. If you’re throwing a party or raising money for a company you work for, he’s putting the word out on every social media account and telling the whole world how much fun it is, how important it is, and how they need to be there because he believes in you.

11. He remembers every single thing you’ve ever told him. So when you’re having a rough day, he can remind you of something you said weeks ago that he can recall verbatim because everything you say means something to him because you mean something to him. Seriously, one of you has to say something soon so you can just get together and be super cute already. Do it.