10 Lessons on Love We’ve Learned from Sofia & Joe (IN PHOTOS!)

I love adorable celebrity couples! Here are 10 lessons on love we’ve learned from Sofia and Joe…

1. YOU SHOULDN’T HAVE TO CHANGE FOR YOUR MATE 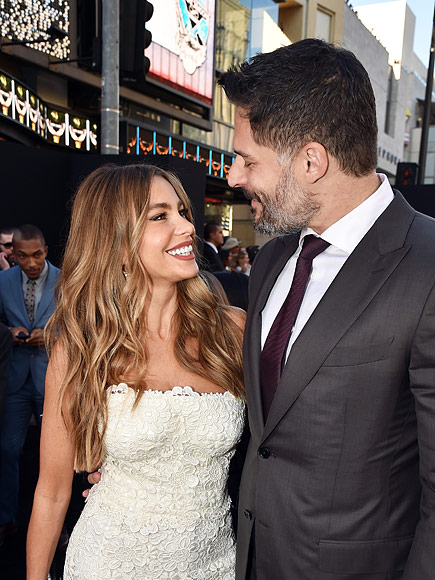 “The best part of getting married was not having to change anything,” the Magic Mike XXL star tells PEOPLE. “It was finding someone who complemented me perfectly.”

2. A PLAYFUL DYNAMIC IS KEY 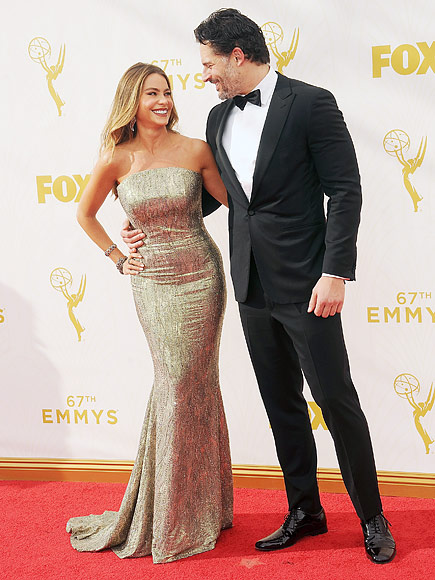 “Come on, I’m playing a male stripper, it’s like, ‘What am I going to do? Not practice on her?’ ” Manganiello tells PEOPLE of rehearsing Magic Mike XXL moves on Vergara. “But it’s not to say that she asked for it. She did not ask for it.”

3. TRY TO IMPRESS THEM (WHEN THEY LEAST EXPECT IT) 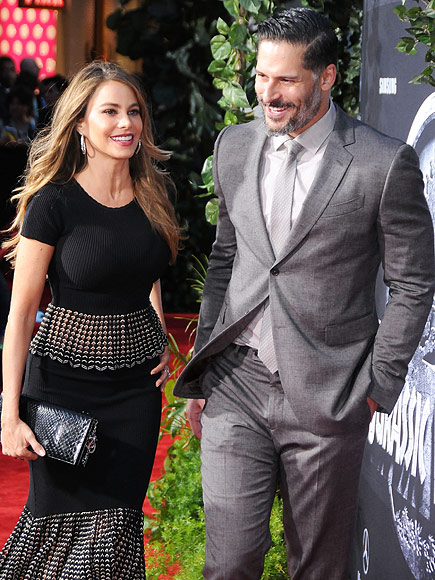 For Manganiello, that time came when he proposed to the Modern Family actress. “I had a big speech in Spanish, and that’s what I was nervous about,” he said during an appearance on Live! with Kelly and Michael. “The last thing you want to do is like mess up the Spanish on the proposal to the Colombian woman.” The nerves paid off, though – the two became engaged last December. 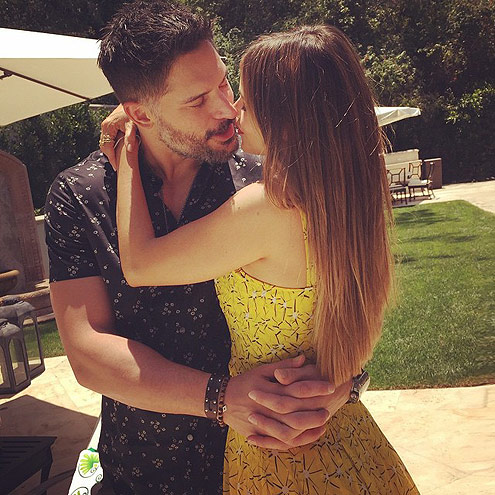 One quick scan of Sofia Vergara’s Instagram shows a stream of sweet snapshots with Joe Manganiello. This photo in particular commemorates the couple’s recent one-year anniversary, and the caption speaks for itself: “Never been so happy!!” 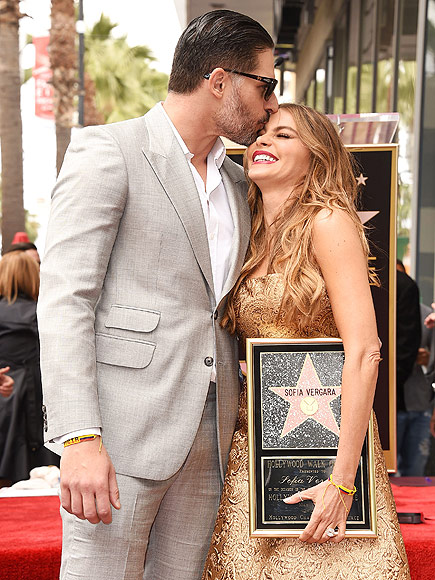 As if receiving a star on the Hollywood Walk of Fame isn’t enough, Sofia scores kisses from Joe, there by her side for the whole thing. 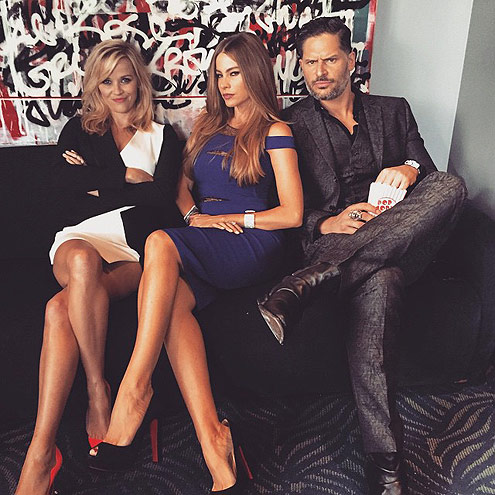 Joe fits right in with Sofia and Hot Pursuit co-star Reese Witherspoon as the women promote their film. (We can only hope the pics of Sofia hanging with the Magic Mike XXL guys are coming soon.) 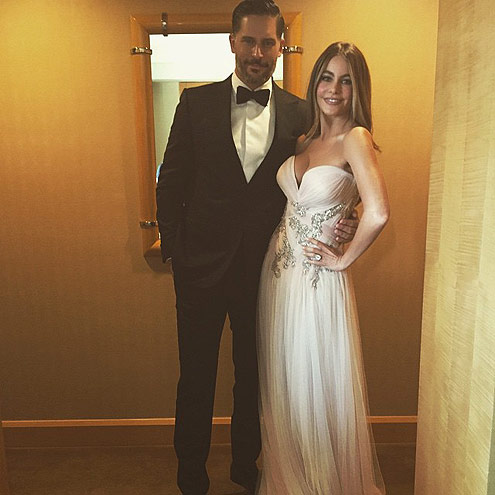 Though their definition of date night is Met Gala (vs. ours of Olive Garden), the pair takes advantage of every opportunity to dress up and enjoy a glamorous night out together.

8. FOCUS ON THE SWEET THINGS 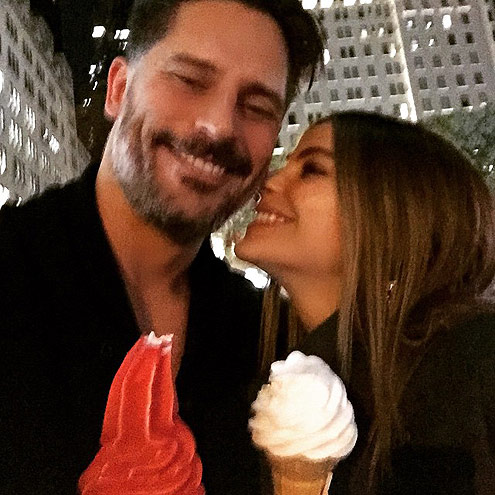 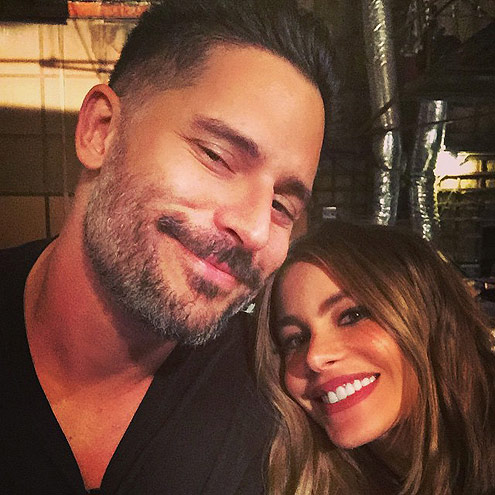 No gifts needed: Sweet spontaneous moments, like Joe surprising Sofia on the Modern Family set, are more than enough. 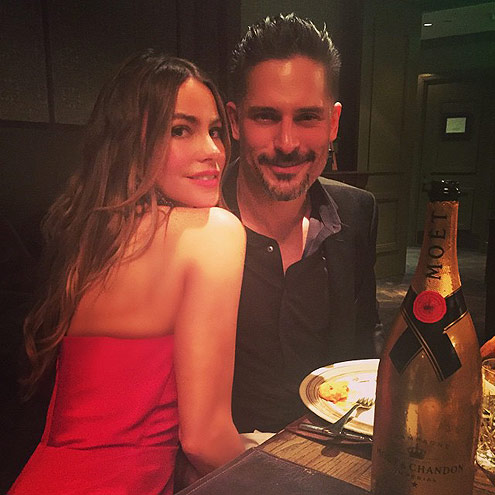 Not a hard one for these two.