Mary Callahan Erdoes: Wall Street’s $1 Trillion Woman- Yes Women Can Have It All

On a sweltering morning in late July Mary Callahan Erdoes is running on just three hours of sleep—and running late for an interview. She can’t locate the nanny for her three kids (ages 9, 7 and 4), probably because the nanny thought Erdoes would return not early this morning but the day after from meetings in Europe with Russian billionaires and German financiers. Her homecoming gift: an urgent e-mail (subject line: “Help”) from a client who was about to buy a company and needed her take on how currencies would react to the news of a second bailout for Greece. “Now I am here with you,” she tells me, friendly enough, but hinting this won’t be a leisurely meeting. “This whole week has been a blur.” 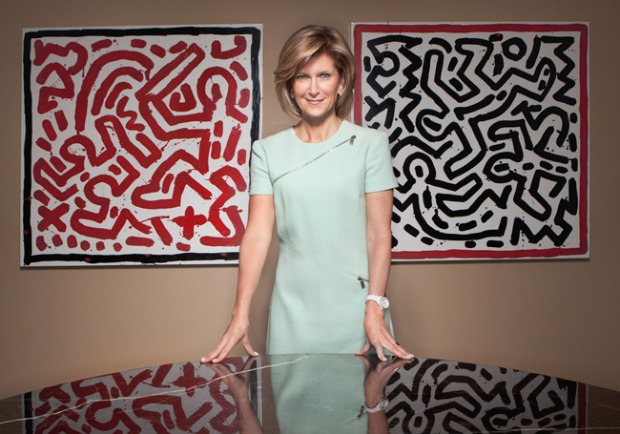 But hardly unusual for the chief executive of J.P. Morgan Asset Management, who oversees $1.3 trillion. Erdoes runs the world’s fifth-biggest asset management company, which includes the second-biggest hedge fund, the nation’s most prominent private bank that serves the ultrawealthy and more than 200 other investment classes. In her first calendar year on the job profits rose 20% to $1.7 billion on revenue of $9 billion.

Competing with the likes of BlackRock and Pimco makes Erdoes, at age 44, one of the most powerful women on Wall Street. She is on the shortlist of eventual successors to JPMorgan Chase & Co. CEO Jamie Dimon, along with securities services chief Michael Cavanagh and investment banker Matthew Zames. Erdoes claims she is far too busy to fantasize about such ambitions. “If you put someone in a job who is thinking for even a moment about the next job, you have the wrong person,” she says.

Standing 5 foot 2, Erdoes has a reputation at JPMorgan for hard work, extreme loyalty to her staff and a knack for making personal connections. She once traveled cross-country to spend the day helping a client with Parkinson’s understand different investment options. But Erdoes is no push­over. She has stood toe-to-toe with the toughest men in ­finance, billionaires like Henry Kravis and Daniel Och, and negotiated exclusive access to their private equity and hedge funds for JPMorgan’s private banking clients, squeezing ­favorable terms rare on Wall Street. “She has empathy for people, and as a woman that sometimes gets misinterpreted as a weakness,” says James “Jes” Staley, the number two exec at JPMorgan, who runs its investment banking unit. “She is so competitive that she can go up against any male manager I have ever worked with.”

She must’ve gotten some of that growing up in Winnetka, Ill., in an Irish Catholic home with three brothers. She learned about finance from her father, Patrick Callahan, a Chicago investment banker who occasionally took her to the office. Women played a big role during her childhood, too: Erdoes went to an all-girls Catholic high school, where she excelled at math while becoming a nationally ranked equestrian. (Her well-connected grandmother “Izzy” got Erdoes a summer job at a financial firm.) Erdoes was the only female math major in her class at Georgetown University, where she was afflicted by doubts about why she was spending hours in the library solving equations. “I can remember her saying, ‘Dad, my grade point average can suffer as I go through this,’” ­recalls Patrick Callahan. “I said, ‘Mary, if you are a math major and you go to an interview no one will ever ask you your grade point average.’” She went on to get an M.B.A. at Harvard, where she met her husband, Philip Erdoes, a New York venture capitalist.

In 1996 Erdoes left a corporate finance job at Bankers Trust for JPMorgan’s private bank, managing fixed-income portfolios. She helped revive a snoozy business, attracting clients who had just sold a company with money market products and then broadening the relationships. Internally she later settled the often contentious relationship between traders and portfolio managers by merging their roles. Still, there was pushback in 2005 when Erdoes became the leading candidate to run the private bank. One senior JPMorgan banker wondered if it was fair to give such a big job to a mother who then had two young children. He was overruled. “I can’t imagine someone saying that about a man with two children,” Erdoes snaps.

She is the rare female comet in the male-dominated firmament of Wall Street. Part of her success sounds pedestrian: putting in exceptionally long hours to get the attention of her bosses. “You can send a note to Mary at just about any time, and you will get a response on the BlackBerry,” says one of her former mentors, Gordon Fowler Jr., now chief of Glenmede Trust. Erdoes long ago gave up on the idea of achieving a work/life balance and opted for what she calls “work/life integration.” She sometimes heads to her children’s school for afternoon pickup and then returns to the office. “There is no substitute for hard work,” says Erdoes. “There is a little luck along the way, but there is no substitute for really ­superhard work, first in, last out.”

Erdoes can take offense at the idea of special treatment for women. During this year’s World Economic Forum she spoke of her disappointment with the conference’s new gender quota system at lunch with Facebook’s Sheryl Sandberg. Erdoes then hopped on CNBC with Jamie Dimon by her side and said, “Unfortunately now when people come to Davos, they may look at some of these women and wonder, ‘Are you here because you are a female or are you here because of your accomplishments?’”

No question of her accomplishments. Under her regime the private bank increased its client base 15% a year; assets grew by $238 billion. By then few were surprised when a couple of years ago Dimon asked Erdoes to become chief of the asset management division and join the bank’s operating committee as part of an executive shakeup. Good timing: The unit was providing a high return on equity without tying up the bank’s increasingly scarce capital. The group also attracted a flood of new money from clients impressed with the way

JPMorgan had tacked through the credit crisis.

Erdoes wanted to expand internationally and enlarge hedge fund and private equity operations. On one of her first days on the job she found a way to do both. She nudged Glenn Dubin, who runs J.P. Morgan Asset Management’s biggest hedge fund, Highbridge Capital Management, to buy Brazil’s Gávea Investimentos, the $7.9 billion investment shop run by Armino Fraga, Brazil’s former chief central banker. Fraga was not looking for an alliance, but Dubin and Erdoes helped convince him to sell a majority stake, a deal that took a year to negotiate and close. “The feeling that we would be connected to JPMorgan but through Mary with her very easy, objective way of handling things drove the deal,” says Fraga. “She thinks big but gets stuff done; it is a nice blend.”

As global markets continue their stomach-clutching gyrations, Erdoes’ investment group looks smart for holding back on equities earlier this year and betting instead on investment-grade and high-yield credit. She wants to put together new funds that will focus on distressed European ­assets and emerging ones in China. Money has been flowing into the business, a record $69 billion last year and $46 billion so far this year. “It’s just nonstop trying to piece all this stuff together, and the hardest thing is there is no road map,” says Erdoes. “It’s oddly exhilarating, because so many things are happening so fast.”