Since splitting from Chris Martin in late October after a whirlwind romance, Jennifer Lawrence has been spotted several times visiting the Coldplay front man at his Malibu home.

But now the two are taking things a bit more public, enjoying a dinner date at Kiwami Sushi in Studio City on Tuesday.

“They were engulfed in their little world of conversation,” a fellow diner tells PEOPLE about the “fun” dinner. “They were into each other and not noticing anyone else around them.” 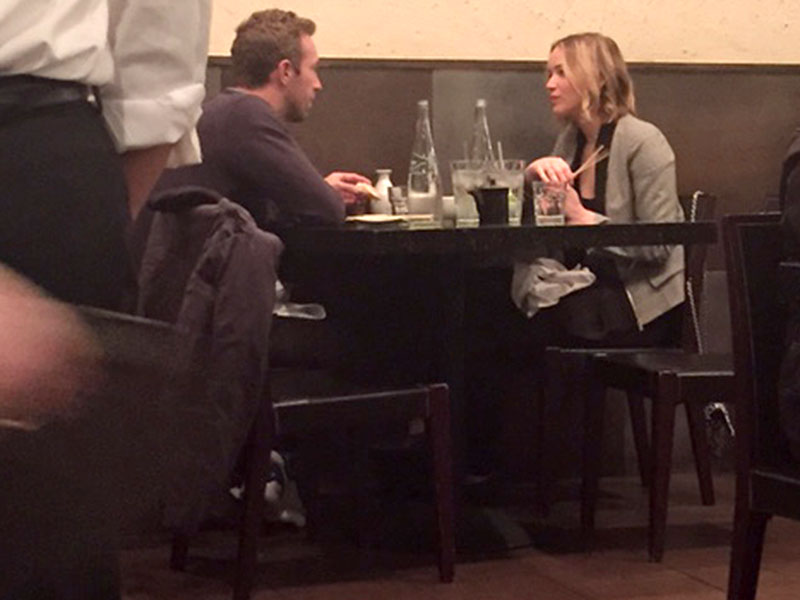 Tucked away at a table towards the back of the restaurant, Lawrence, 24, and Martin, 37, “seemed to be just content with each other,” says the source. “He was really listening to what she was saying.”

The outing comes on the heels of Martin’s ex Gwyneth Paltrow, 42, opening up to Harper’s Bazaar U.K. about their divorce.

“We’ve made a lot of mistakes, and we’ve had good days and bad days, but I have to say, I’m proud of us for working through so much stuff together – and not blaming and shaming,” Paltrow says in the magazine’s February issue.

Paltrow and Martin’s continued tight bond post-split contributed to the Hunger Games actress’s decision to break up with the rocker – whom a Lawrence pal said she was “still talking to every day” after their break-up – back in October.

“It is hard for her to understand the feelings between Chris and Gwyneth,” a separate source said at the time.